~A Tribute to The Wessex & the Air Fleet Arm~

The photos and notes on this page were provided by 'Reg' from the UK.

Reg flew in the mighty Wessex of 847 Squadron during the Falklands Conflict.

As a mere website editor I can only imagine what these guys (and gals) would have seen and experienced.

Thanks Reg for this little bit of insight and I hope viewers/readers will appreciate that not all information can be given. 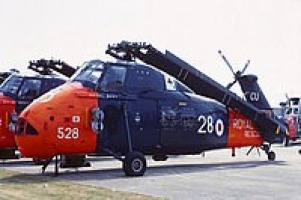 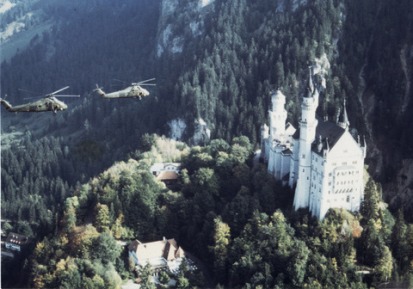 Two Wessex HU5 of 845 squadron over the 'Neuschwanstein' in Bavaria. 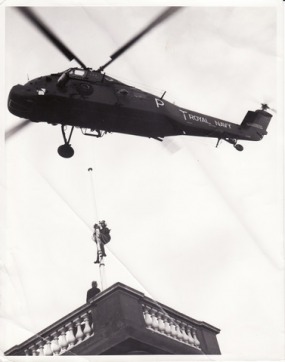 1975, working on the schools presentation team, plonked a flagstaff on top of a church, then lowered one of the chaps to cut away the rigging lines. 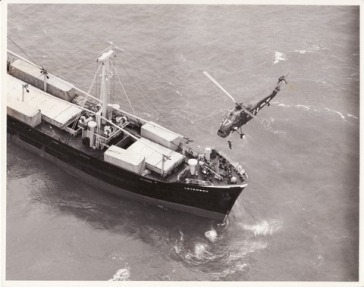 Wessex HU5 of 772 Squadron conducting a basic fo'scle transfer of an injured seaman south of Portland 1979. 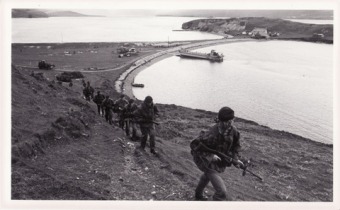 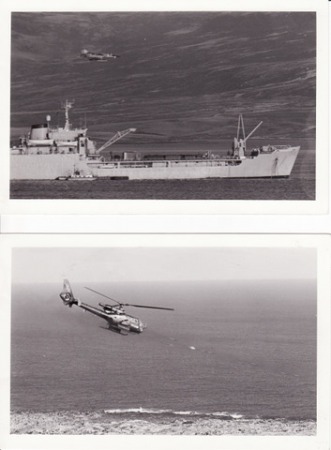 San Carlos Water 1982, Sir Class prior to the 'episode' at Bluff cove, and Gazelle in angry mode. 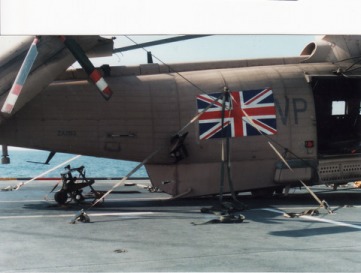 VP of 846 Squadron miss-hap on landing on Argus.The mechanics under the direction of Paul had her ready to test fly the next day. Outstanding engineering in the true tradition of the Fleet Air Arm and 846 NAS. 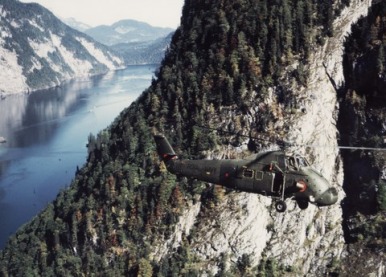 This Wessex HU5 is 5 miles north of Bardufoss Air Base Norway, we used to take the student pilots and crewmen down the valley in full winter, night and white out conditions, tested the old sense of humour. 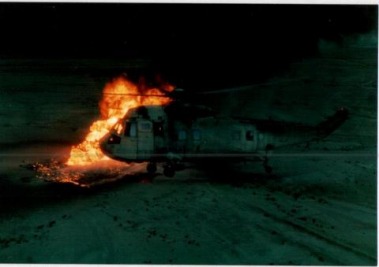 The Sea King HC4 of 846 Squadron 10 miles south of Kuwait airfield 1991 on the way to pre position for ops the next morning. 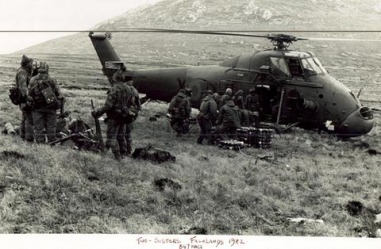 As you can see, these wonderful people and there 'flying Machines' worked hard and long and the Wessex well and truly did her part.

Finally a few words from 'Reg':

"I am and always will be intensely proud of my time in The Fleet Air Arm."